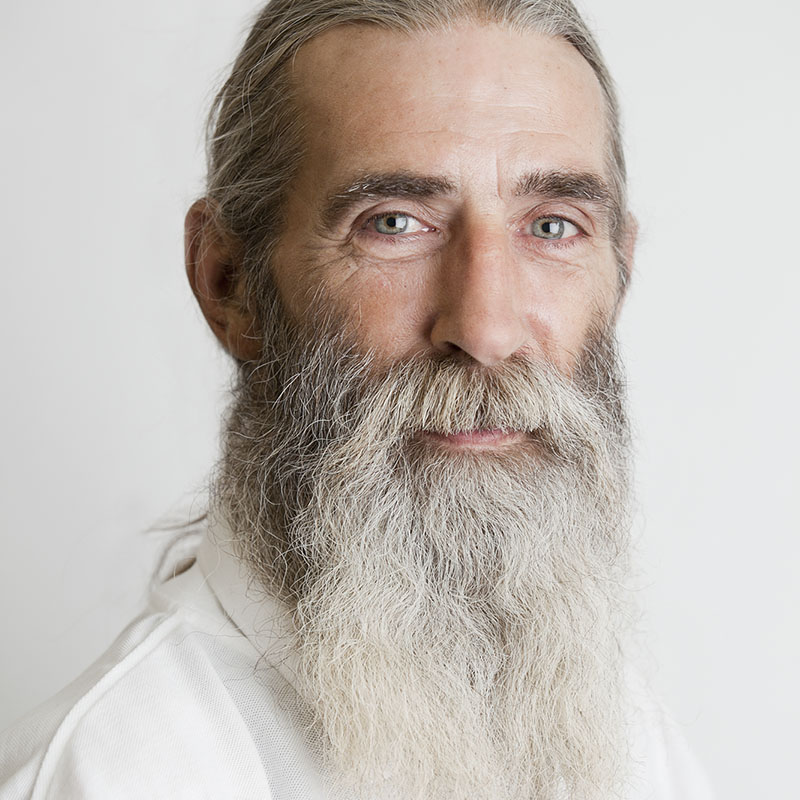 This portrait gives the appearance of having been taken in a studio. The lighting is carefully considered and controlled, soft and diffused. The client is positioned against an off-white background and his posture is quite formal in stance even though he appears at ease and relaxed.

This portrait however was taken at client’s premises, in a modular unit, an on-site Portakabin where a small team of managers and administrators run a large aggregates and earthmoving construction company.

The ‘space’ had been described to me and I was confident that provided it was clean and empty as agreed, it would be just about enough to rig a full 9ft wide studio back drop and for two free standing studio flash heads.

On site at 5am and I discovered the modular space was still full of office furniture and a very large desk dominating. Much of the portable office had to be temporarily moved outside with the remaining filing cabinets ‘pinned’ tightly against the walls with barely enough space for my subjects to stand and be comfortable. I set up in the dark and started to shoot as the dawn broke.

The early start was due to the best time to photograph lorry drivers, their arrival on site and to be immediately out on the road after their photograph had been taken. I was assigned just ten minutes with each and to photograph around twelve portraits in all. To briefly join their world for a few moments, share a few jokes and create a good likeness in an all male environment, with clients who felt more awkward than most. This photograph is one of twelve, all carefully made in exactly the same way, the same distance from the light, the same shadow areas and from the same view point. A perfect and brilliant example of what can be achieved with very little space and a creative and ‘can do’approach. This portrait is of ‘Cobra’ one of the regular drivers.

This website uses cookies to improve your experience while you navigate through the website. Out of these, the cookies that are categorized as necessary are stored on your browser as they are essential for the working of basic functionalities of the website. We also use third-party cookies that help us analyze and understand how you use this website. These cookies will be stored in your browser only with your consent. You also have the option to opt-out of these cookies. But opting out of some of these cookies may affect your browsing experience.
Necessary Always Enabled
Necessary cookies are absolutely essential for the website to function properly. These cookies ensure basic functionalities and security features of the website, anonymously.
Functional
Functional cookies help to perform certain functionalities like sharing the content of the website on social media platforms, collect feedbacks, and other third-party features.
Performance
Performance cookies are used to understand and analyze the key performance indexes of the website which helps in delivering a better user experience for the visitors.
Analytics
Analytical cookies are used to understand how visitors interact with the website. These cookies help provide information on metrics the number of visitors, bounce rate, traffic source, etc.
Advertisement
Advertisement cookies are used to provide visitors with relevant ads and marketing campaigns. These cookies track visitors across websites and collect information to provide customized ads.
Others
Other uncategorized cookies are those that are being analyzed and have not been classified into a category as yet.
SAVE & ACCEPT